Born in Stockholm, December 16th, 1946 (Full Name) Göran Bror Benny Andersson. Benny was introduced to music at an early age, he initially played the accordion with his father and grandfather.

Born in Gothenburg, April 25, 1945. Björn Kristian Ulvaeus. Rock’n’roll was his first love and by the early Sixties he had his own folk group called the West Bay Singers. 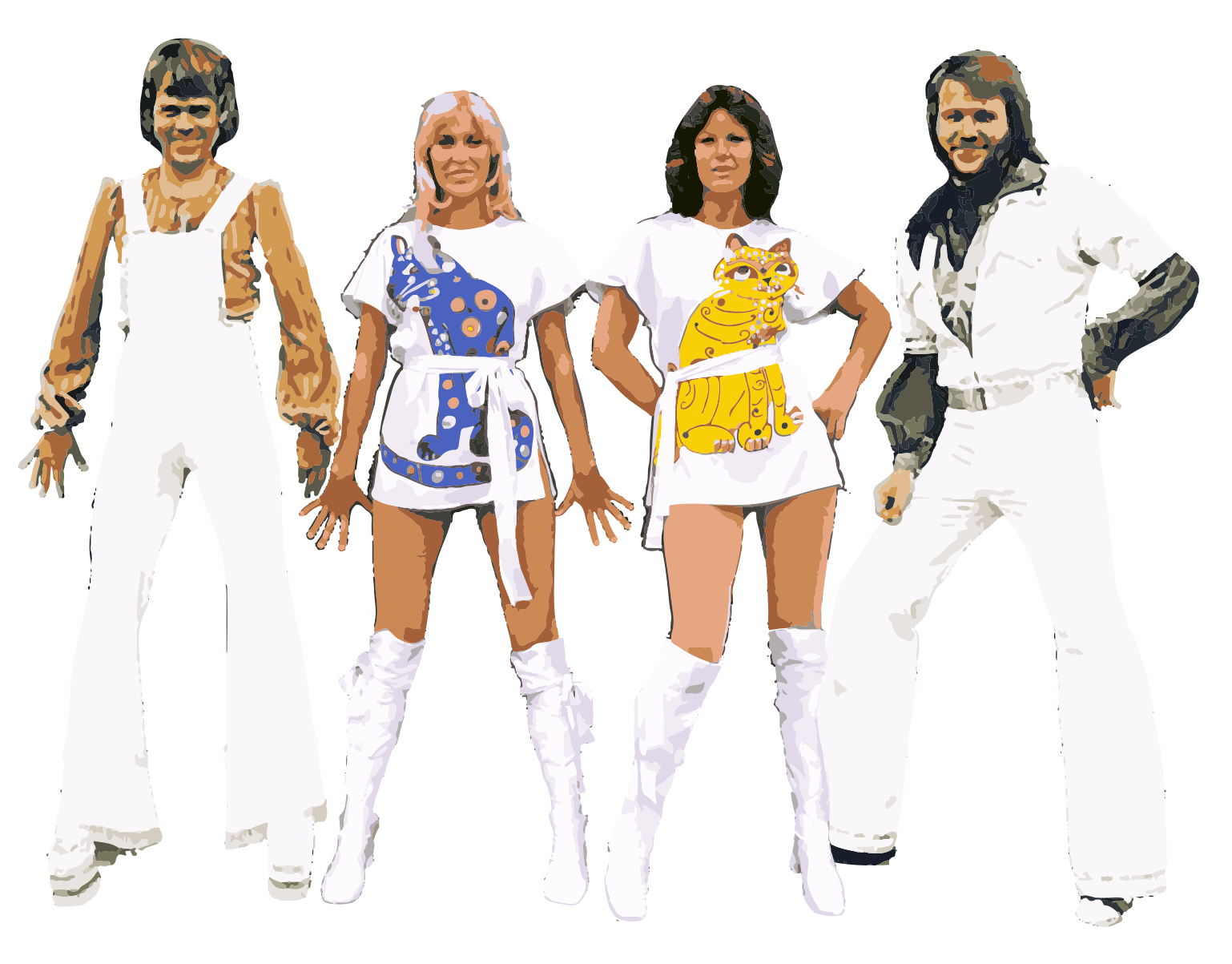 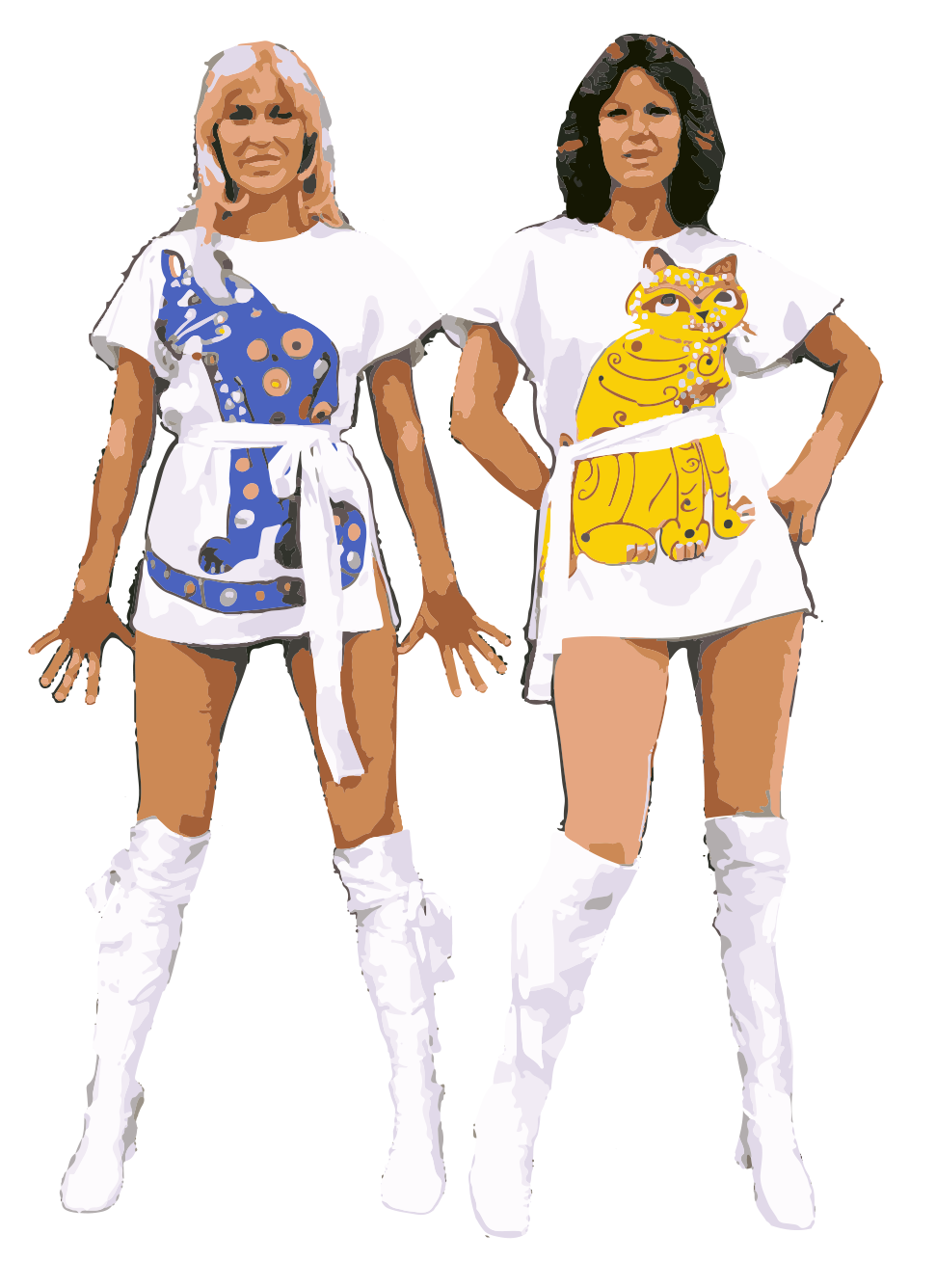 Anni-Frid Synni Lyngstad,  born to a German father and Norwegian mother Frida, as she is better known as was born outside Narvik, Norway in a town called Ballangen, Frida was born on November 15th 1945

Agnetha Åse Fältskog was born in the Swedish town of Jönköping on April 5, 1950. Writing music came naturally and at the age of just six her first song was ”Two Little Trolls”

Andrene Hughes (Anna-Frid) began her training with the Valda Hunter School of Dance and with the sensational Estill Vocal Coach, Gillian Archibald.

Her first major part was playing one of the lead roles in David Da Silva’s Fame at the King’s Theatre in Glasgow for the Apollo Players. In attendance at this show was a successful Scottish agent who then took Andrene under his wing and helped her embark on her singing career in Scotland.

Since then, Andrene has been part of several different ABBA Tribute bands throughout the years and sang to sell-out crowds alongside some very talented singers and musicians. She has played at the SECC Armadillo, Glasgow’s Royal Concert Hall, P&O Cruises, Festivals throughout Scotland as well as International shows in Brussels and Barbados.

Both her Mother and Father joke that when she was upset as a young child, the only thing that would comfort her was being walked up and down the floor to ABBA singing in the background.

Fast forward a few years and little did they know she would be playing the part of Frida for a living with all her early training.

Her favourite ABBA song is I Have A Dream after experiencing the magical moment of connecting with the SECC audience as they sang it back to her while waving their mobile phones in the air lighting up the whole theatre.

She looks forward to entertaining your audiences and singing at a stage near you very soon. 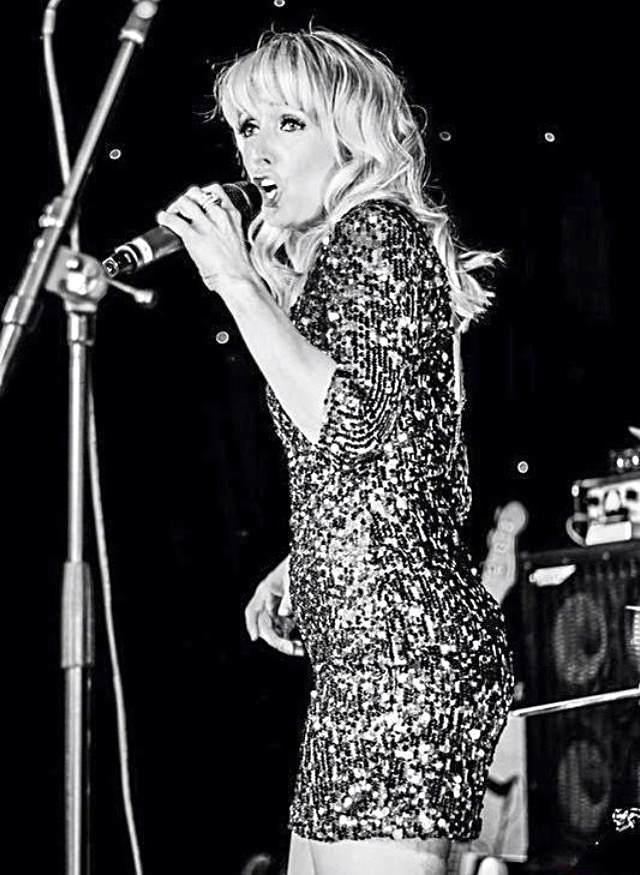 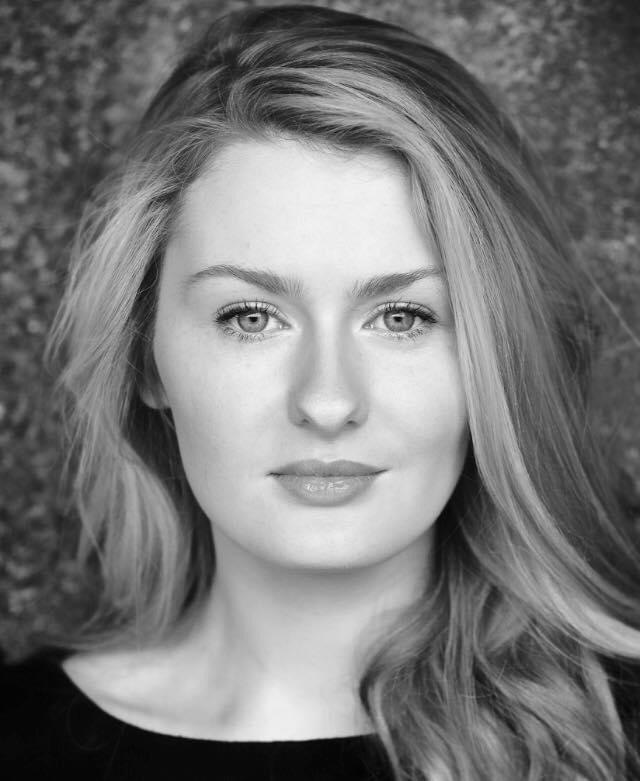 Steffi Rollo began her training at the UK Theatre School after performing at the age of 9 years old on the morning kids TV Programme The Saturday Show.  During her time at the UK Theatre School she was involved in various performances such as George Square Winter Fest and the Scottish Variety Awards.  Steffi then went on to study Musical Theatre at New College in Lanarkshire  where she obtained her Degree in Performance.  She was involved in a variety of shows in her time there but her first major role was Sandy in “Grease” the Musical.  In the final year of her Musical Theatre Degree she was given the chance to perform in a Showcase in one of London’s West End Theatre’s and played the role of Bonnie in “Bonnie & Clyde”.  Steffi’s first job after her completing her Degree allowed her to tour around Scotland in a Christmas Show around care homes and community halls, brightening everyone’s day singing Christmas songs.  Soon after completing the tour she wrote her own show with a fellow producer and good friend which they called ‘When I Was Young’.  This show was a huge success and toured around care homes & community halls throughout Scotland.  Steffi went on to perform in award winning Tributes Shows such as: ABBA, Dirty Dancing & Grease.  She then went on to join An ABBA Dream and has been entertaining audiences all over Scotland with them ever since.  Her stunning voice and years of performing to crowds from young to old means she really knows how to get your party started.  Her parents say that she could sing before she could talk & dance before she could walk.  Her favourite ABBA song is Mama Mia because it really gets the crowds going and she just loves to watch her audience dance along and have so much fun with the band.  She was born to perform and she looks forward to entertaining you and your guests at your special event very soon.

This website uses cookies to improve your experience while you navigate through the website. Out of these, the cookies that are categorized as necessary are stored on your browser as they are essential for the working of basic functionalities of the website. We also use third-party cookies that help us analyze and understand how you use this website. These cookies will be stored in your browser only with your consent. You also have the option to opt-out of these cookies. But opting out of some of these cookies may affect your browsing experience.
Necessary Always Enabled
Necessary cookies are absolutely essential for the website to function properly. These cookies ensure basic functionalities and security features of the website, anonymously.
Functional
Functional cookies help to perform certain functionalities like sharing the content of the website on social media platforms, collect feedbacks, and other third-party features.
Performance
Performance cookies are used to understand and analyze the key performance indexes of the website which helps in delivering a better user experience for the visitors.
Analytics
Analytical cookies are used to understand how visitors interact with the website. These cookies help provide information on metrics the number of visitors, bounce rate, traffic source, etc.
Advertisement
Advertisement cookies are used to provide visitors with relevant ads and marketing campaigns. These cookies track visitors across websites and collect information to provide customized ads.
Others
Other uncategorized cookies are those that are being analyzed and have not been classified into a category as yet.
SAVE & ACCEPT